Aerobic digesters and aerated sludge holding tanks require both aeration to satisfy oxygen demand and mixing of the biomass to provide homogeneity. In both applications, it is common that process is mixing limited.

The BioMix Compressed Gas Mixing System is a core part of BioCycle-D and can be provided as an efficient mixing solution in aerated sludge holding tanks as well. Energy savings for either application are typically in excess of 50% versus a conventional aerated mixing system alone. 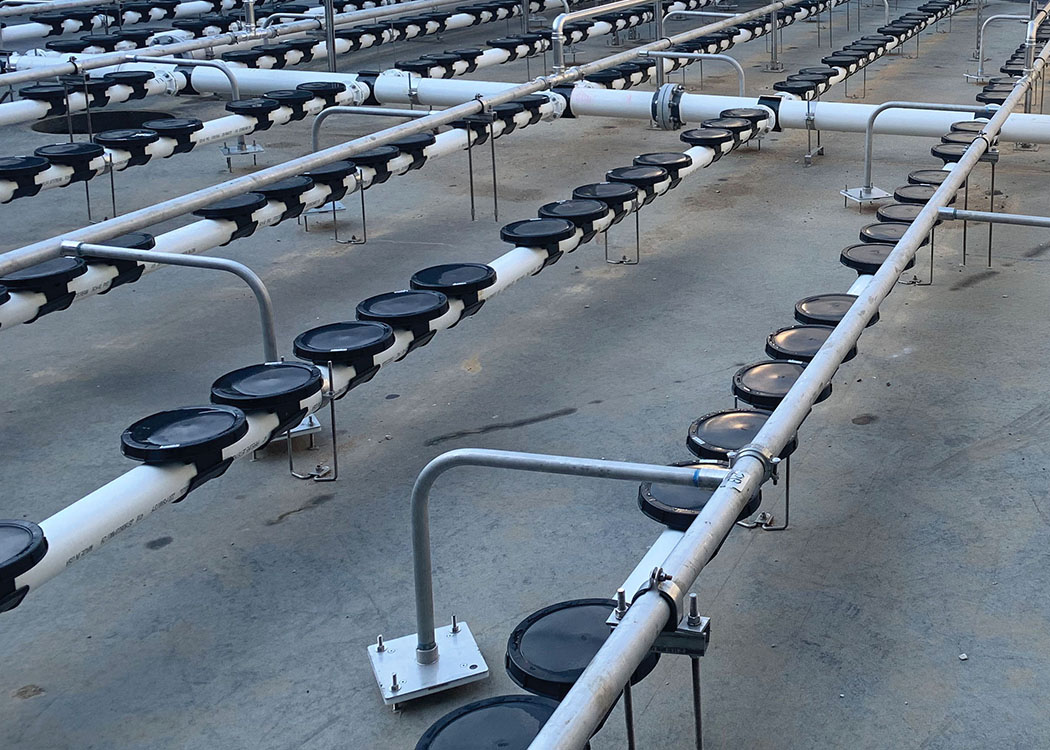